A developer is jump-starting a stalled development with a $22 million plan.

“I think that John Crump had an admirable vision for the project, and I think he definitely wanted to leave a positive footprint on New Kent with this particular development,” Adamson said. “We’re putting a slight twist on what he initially had envisioned.” 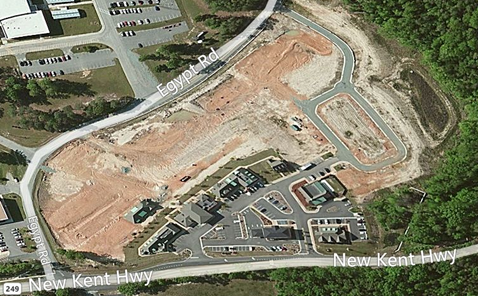 The new plans call for about 50 single-family homes, down from the original 70 townhouses Crump had planned, and 50,000 square feet of commercial space on New Kent Highway. Joyner Commercial’s Jon Beckner, who brokered the Maidstone purchase on Adamson’s behalf, expects the development to cost about $22 million.

Talks are ongoing with Virginia Beach-based J.F. Schoch Building Corp. to build the houses at Maidstone. Schoch will buy the individual lots before construction. The finished homes are projected to sell for $195,000 to $235,000

More of the story here 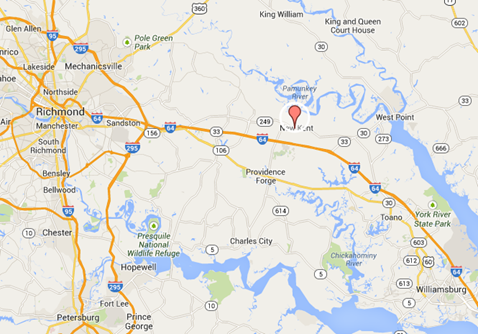 See what folks are saying about Mr. Williamsburg!

John not only sold our property, he also found us a home in Colonial Heritage in 2018, sold our nephew’s home just last week, and is currently working with my sister to find a home. He’s become a member of our family! His easy-going, friendly demeanor has always put us at ease. His knowledge of the area is amazing!

John is by far the best realtor I’ve ever worked with. His negotiating skills and connections are outstanding. I felt like we had tapped into the best realty network in Williamsburg. John found us a house that wasn’t even listed! He was tireless in his efforts to find a home for us in Windsor Forest. Amazing! John went above and beyond. I will definitely refer him!

John is the most responsive and most knowledgeable realtor I have ever known, and that is after 10 former house purchases! John sold our house quickly with a most professional package targeting the right buyer. This man will go to bat for you and will tirelessly earn your business. John is also a trustworthy and honorable person to be on your team for buying or for selling. 5 stars!

“Buy” Rather Than be “Sold”Quarterpath

My wife & I have done many real estate transactions together & John is miles ahead of any agent we have used…. He just helped us in the purchase of a new townhome which we did from out of state and the process could not have been made more seamless. First and foremost, John listens and responds and communicates well. He knows his area and lets people “buy” rather than be “sold”. He will be present when touring properties yet give you personal space as you move through a home, giving you time to take things in without feeling like someone’s standing over your shoulder. He is also calm, knowing when to talk and when to be quiet. I think you’d be hard pressed to find a more professional individual. His comprehensive knowledge and love of Williamsburg makes for a great way to get to know the area. We’re grateful to have had him in our corner every step of the way.

My wife and I have worked with many Realtors over the years, a few of whom were excellent. John blows them out of the water. No exaggeration. The sale of our home presented many unexpected difficulties, and John handled them immediately and with much kindness. You can’t do better.

We Found Our Dream HomeFords Colony

In fact, it’s a home we never even dreamed we’d own. We’re patient and methodical, and in our search for a great place to touch down in retirement, we kept coming back to Williamsburg VA. Initially, we worked tried realtors recommended by friends/family. Those didn’t really work as we felt our clearly communicated desires were not given enough consideration to avoid wasting time. I appreciated the breadth of information John made available about the area and life in Williamsburg, so I reached out. Plus, he had great reviews! We worked thru the summer, emailing, texting, and taking a few trips. In the end, an incredible home at crazy good price came up. We loved it online, John confirmed it as a great deal; and, at this point we’d cultivated such a rapport and level of trust that we bought the house sight unseen. John was with us every step of the way and represented our best interests regarding acquiring the property. Transition has been an amazingly smooth and almost unreal experience. All owed to John.

I Will Recommend John!Vineyard Heights

His knowledge, patience and his desire to truly help us. He exceeded my expectations.

He sold the property in one showing and got the deal closed! He Gave appropriate advice of listing price and expected market price. He also provided advice on how we should counter buyers offer and requests.

John helped us with everything we needed. I strongly recommend John. My wife and I were very very pleased. He made us feel comfortable and informed throughout the whole process.

In our case we were looking for a retirement home in Williamsburg. Given we do not live in Williamsburg we were a little worried navigating through the process from afar. John was there for us every step of the way. And if you are wondering if his title “Mr. Williamsburg” is true, we can tell you it absolutely is! John knows everything about Williamsburg. More importantly he has a tremendous network of people who can help you with anything; from contractors to landscapers, he knows them all. John Womeldorf is a true real estate professional and we are grateful he helped us find our dream home!

John has A Commitment to ExcellenceFords Colony

We consider ourselves extremely fortunate to have found Mr. John Womeldorf to work as our buyers’ agent. He exhibits exceptional attention to detail. Throughout our buying process, Mr. Womeldorf was attentive and tenacious in helping us find the right home. Our phone calls, texts, and emails were always answered promptly. Mr. Womeldorf is a fount of resourceful information and knowledge of the Williamsburg area. Months after our closing, Mr. Womeldorf continues to be available in helping us find reputable tradesmen and service providers. Although we began our relationship as professionals, we now consider Mr. Womeldorf a friend. If you’re looking for a real estate agent with a commitment to excellence who puts his clients’ best interest first, Mr. John Womeldorf is your agent.

We relocated from Los Angeles to Williamsburg…which is a long way. We did research for over 2 years to find the perfect spot for my wife to retire, and for me to move my business. (Both challenging situations) Along the way we talked with a lot of realtors and then we came upon John. I have to say he made the process unbelievably easy. He did not pressure us or ignore us even knowing we may have been considered “tire kickers” by other realtors. We started discussing our move almost 2 years before we bought our dream home. He offered exceptional advice not just on our home, but the lifestyle in Williamsburg. His website is an amazing resource. It is not a coincidence that he is known as “Mr. Williamsburg”. If you are looking to re-locate from anywhere in the US I hope you will consider contacting John. His mindset to go the extra mile is extraordinary and when you are looking to move, he is the one person I would trust to take care of my interests. I will never use another real estate agent in Virginia !