You are here: Home / News / We are Westport-Meet the future residents.

Many of you have asked who is building in Fords Colony’s newest community.  We’d like to introduce you to the Weslowskis, who will be moving in within a few months.  Look for more Westport Neighbor profiles in the coming months, as sales have been brisk so far this Spring!  Stop in to see us at 3420 Westport on weekend afternoons –( From 1-4) the model is now finished, furnished, and looking great! 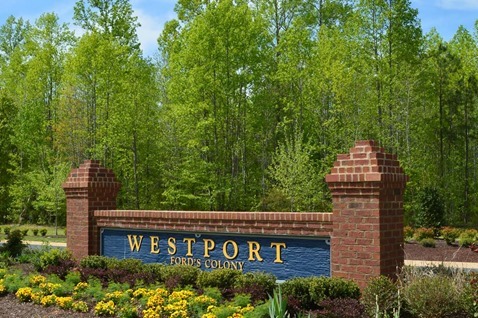 Pat Wesolowski is the finance director of a small city outside Chicago. Her husband, Joe, has a woodworking business there. They both grew up in Chicago, and started dating in high school. When Joe joined the Navy Reserves, Pat went to the University of Illinois, and for more than 30 years — most of their married life — they have lived in the Chicago suburbs. So, deciding to leave the Windy City for a brand new community in Williamsburg was not easy. It was, however, pretty exciting.

“Our home in Westport [part of Ford’s Colony] will be one of the first ones completed, and that’s really exciting,” said Pat. “We’ll get to know the people who come in after us. In fact, we’ve already had dinner with the people who bought the lot next to us.” 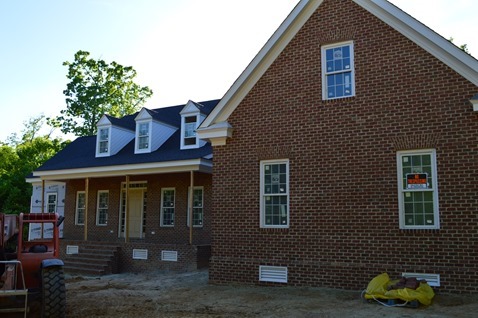 Pat and Joe’s choice of Westport as their retirement home was years in the making. It began around 2006, when they tired of the long and harsh Illinois winters, and started looking at places with more moderate weather.

“We didn’t want six months of winter anymore, but we still wanted a place that has four seasons,” Pat noted. She and Joe were familiar with Williamsburg from Joe’s one-year stint there with the Navy Reserves, and they liked it.“Williamsburg is a great location for us because it’s near the ocean and close to the mountains,” Pat said. “We love the small town feel of Williamsburg, and that it’s close to the bigger cities of Norfolk and Richmond.”

In a 2008 visit to Williamsburg, the couple stayed in a hotel located within Ford’s Colony. “It was our first exposure to that community,” said Pat. “We decided to pop into the sales office and take a tour of the existing homes and the neighborhood. We kind of fell in love with it.”

They didn’t make any decision then, but came back about six months later to take another look, checking out a new section of Ford’s Colony called Westport. “

There were only dirt roads and no utilities,” she said. “But the lots were marked and we found a beautiful 3.5 acre lot.”

Feeling a Little Leery. Westport home sites run 3.5 to 5 acres, and the community is dominated by preserved green space. Although Joe was gung-ho about living in a neighborhood with such large open spaces, Pat was leery at first. “We’ve been in a small subdivision outside of Chicago for 30 years, and we’ve never lived in a home with so much property,” she explained. However, the more she looked, the more Pat warmed to the idea.

“We fell in love with Westport’s openness and the big lot idea,” Pat said. “We liked that the covenants in Westport protect the wooded areas and limit the amount of lawn space. We will have privacy, but we’ll still be part of a neighborhood.

“ Pat also realized it would be easy to fit into the new community. “Westport will be new for everyone, and that will help to foster relationships,” she noted. “There are so many clubs and amenities that it will be easy to meet other people. Another plus for us is that Ford’s Colony has an HOA that is run by the owners themselves, and we like that owners are very involved with the community.

” Finding a Flexible Builder. The couple bought their lot in 2008-2009, but didn’t initiate the building process until this past year. Since they plan to stay in Chicago until their Westport home is ready, their first requirement was that their builder be comfortable working without a local owner.

“We only considered builders who are used to working long distance,” Pat said. “They know when the owners need to be on the site and when they can communicate by email.”

Their second condition was that the builder allow Joe to do a lot of the woodworking. “Joe wanted to do the wood floors, the kitchen cabinets, and the trim work for the house,” said Pat. “We needed to find a builder who was flexible enough to let him do that.”

The couple chose to work with Tim Contrucci, owner of Blackrock Builders, to create their two-level, 4- bedroom Cape. Construction began this year, and the home is already framed and roughed-in for plumbing and electricity. The Wesolowskis plan to fully retire and move in next spring. 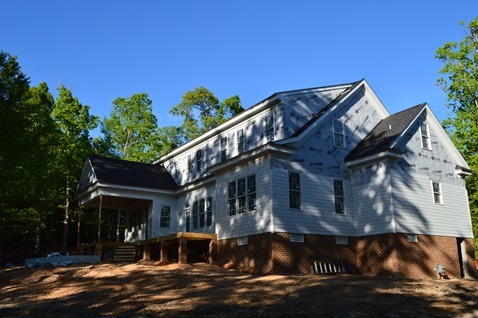 “We’ve never built a home before, just an addition,” said Pat. “But it has all worked out very well. The builder is great, and everyone has made it so easy for us. We have never felt rushed to make a decision, even when we were buying the lot, and that’s a nice feeling.”

Customizing Home Sweet Home. Working with Tim and designer Lisa Sawin, Pat and Joe designed their home to have “a nice-size kitchen,” a separate dining room, and a large butler’s pantry that includes space to keep small kitchen appliances out of sight.

Pat likes to cook, and can see herself doing more of it with her new kitchen space. Meanwhile, Joe is working on the kitchen cabinets. “They will be dark-stained walnut with a traditional styling,” Pat pointed out.

The home will have a first-floor master bedroom suite plus three bedrooms up. It will also have a second floor crafts room built in space that the couple originally planned would be for storage. “I like crafts,” Pat noted. “I used to do scrap booking and sometimes sewing. I’d like to get back into that.”

All told, the house will have about 4,100 square feet of finished space. A bonus room above the garage will be left unfinished for now.

The hardwood flooring will be quarter-sawn white oak, and made by Joe. Joe also will create the wood trims, inside and out. “It won’t be like anyone else’s. It will all be unique,” Pat said. She noted that Joe already has allocated 2 bays of their 3-car garage for woodworking.

The couple plans a deck and screened porch to overlook their small lawn and large, wooded back yard. “Westport requires managing storm water and we’ll have an underground tank for that water,” Pat added. “We are thinking of turning that into some type of water feature, maybe a small stream.”

Looking Ahead to Life in Westport. Pat and Joe aren’t golfers – Ford’s Colony’s championship course does attract many of them — but they do love the outdoors. “We have a boat, and may bring it with us to Westport,” Pat said. “There’s a creek at the back of the neighborhood and I could see Joe kayaking from there to the river.” The creek also offers canoeing and fishing. There is also a four acre parcel destined for future amenities within Westport.

Ford’s Colony also includes pools, tennis courts, walking trails, and picnic areas. All of that will be fun to share with the houseguests the Wesolowskis anticipate. “We expect our Chicago neighbors and friends will visit us, as well as our 27- year-old son and his girlfriend,” Pat said. She and Joe also look forward to seeing close friends who recently moved to Richmond.

Pat knows that it will be bittersweet leaving her longtime home, but she’s enthusiastic about beginning a new life in Ford’s Colony and Westport. “The people there seem to be from many different areas of the country, and I know we’ll get involved with the community,” Pat said, noting the community has a newcomer’s club. “We’ve met a lot of people who live in Ford’s Colony, and they all say we will love it.”

View homes for sale in Westport

View lots for sale at Westport

To further explore building a home or purchasing a lot at Westport or elsewhere in the Williamsburg VA, James City County, New Kent County areas contact  John@MrWilliamsburg.com or 757 254 8136. 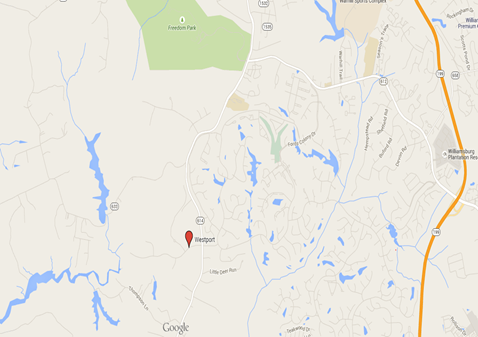 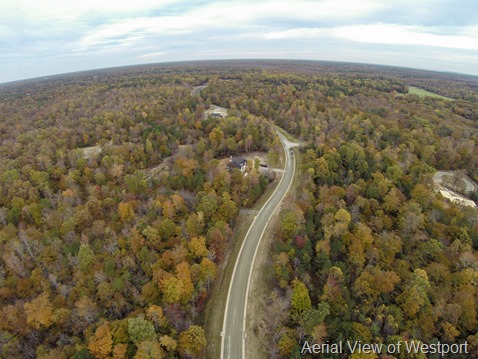